GoPiGo is a robot car! The Base Kit is perfect if you already have a Raspberry Pi and want to get it moving. It comes with everying you need to get your Raspberry Pi rolling including the GoPiGo board, chassis, wheels, motors, encoders, and power battery pack.

With so many programming languages and USB accesories available for the Pi, you can turn your GoPiGo into anything from a WiFi controlled robot for exploring the scary spaces behind the couch to an autonomous rocket launching office enforcer. With the Raspberry Pi acting as the brains of the robot, the possibilities are infinite 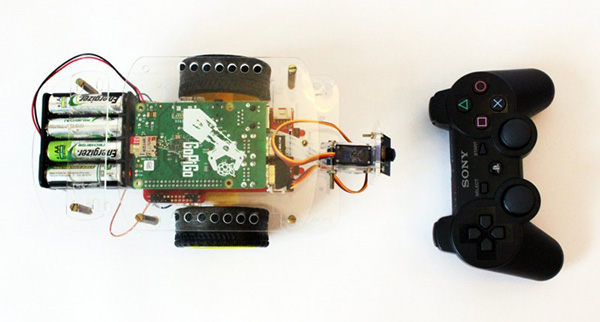 Suggested components required to make it a mobile robot (NOT INCLUDED):

Or you can simply choose our Quick Starter Kit for Raspberry Pi 2 Model B for all components above.

Assembly instructions can be found on our support page.

For any technical support or suggestion, please kindly go to our forum.